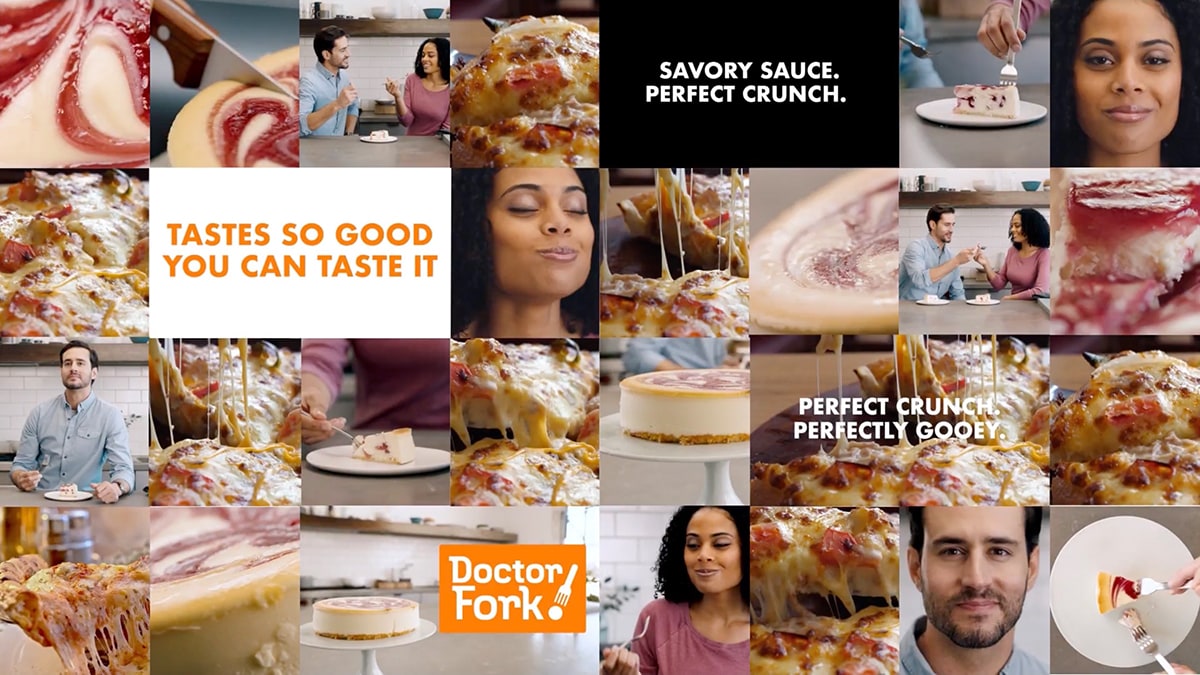 If you don’t have a spare $2 million¹ to test the effectiveness of your video advertising, you might be interested in the results of this study from the team at Google’s Unskippable Labs.

The Unskippable Labs team wanted to question some of the truisms of food advertising. Things like, “do closeups of food work?” and “is the ‘bite and smile’ the best way to show someone enjoying their food?”

They started by inventing a brand – Dr. Fork – then created 33 different 6-second ads. Some for pizza, some for cheesecake – all created with stock footage. 20 million impressions later, they learned some interesting things:

So are these the new rules for food advertising? Not necessarily. While they do provide good food for thought, the bigger take-away for marketers and creatives is to question long-held category assumptions and be willing to experiment with your ad executions. You may not have a 2 million dollar ad budget, but you can certainly create versions of your ads to run smaller-scale experiments and learn what works best for your particular audience and category.